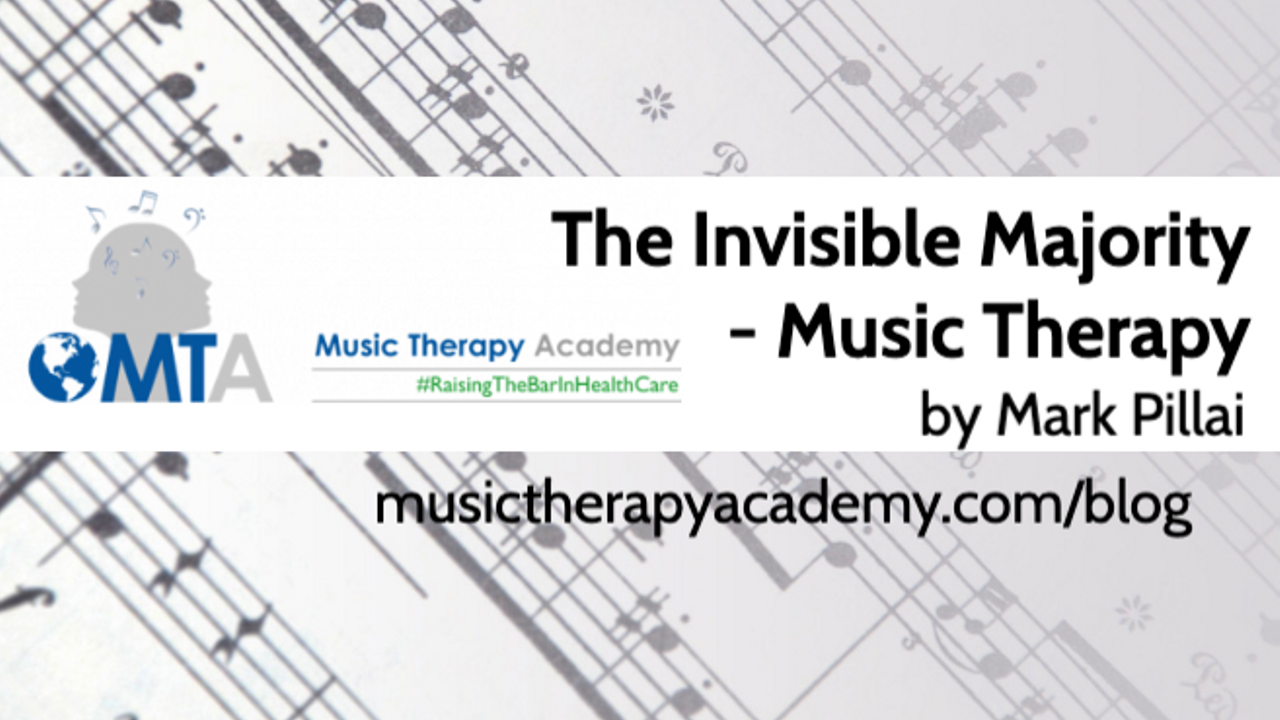 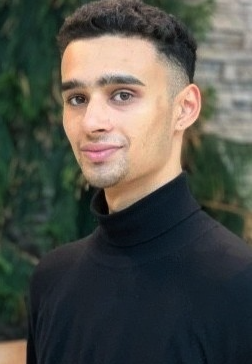 The tale of music and medicine is as old as human history. In preliterate culture, music was practiced for both communication and healing purposes. Prehistoric religious systems upheld music as supernatural force, that effected physical and mental well-being. In Ancient Egypt, priest-physicians used music as a medicine for the soul through magic healing rituals and chant therapies; the Greeks prayed to Apollo, the god of music and medicine, who had the divine power to heal the mortal soul with music. Furthermore, music was empirically understood as a metaphysical element innately connected to the universe, as described by the principle of musica universalis - a precursor to our current model of frequency. With the advent of 19th Century empiricism, the institution of medicine shifted its focus of inquiry onto an evidence-based study of the human body. Underlying this new medical model was an institutional apathy towards the fundamental subjective premise of music. Today, we still perceive the effects of this outlook via the institutional powerhouse of the biomedical and pharmaceutical industries. Music therapy is rarely thought of in connection with the classical image of a clinical health care setting. While we might envision white lab coats, surgical masks, and stethoscopes, a guitar doesn’t necessarily come to mind. I had the privilege of interviewing Rachael Finnerty, founder of the Music Therapy Academy in Hamilton, Ontario and professor of Music Therapy at McMaster University, to discuss the impact of music therapy in health care, as well as the reasons for the field’s perceived invisibility throughout general society.

What are some examples of common conditions that are treated with music therapy? How does music therapy treat them?

Music therapy can treat a wide variety of conditions and their symptoms; in fact, there is not a single condition (except for Amusia) that music therapy can’t address in some shape or form. In post-stroke treatment for example, patients find greater ease in moving independently or executing therapeutic exercises in the company of rhythm. Empirically, this phenomenon is attributed to the unique neurological effects of musical stimulation. Music can excite multiple motor areas simultaneously, including the pre-motor cortex, both left and right primary motor cortices, the basal ganglia, and the cerebellum. A similar effect is observed in patients with Parkinson’s disease, in which the regional degeneration of dopaminergic neurons within the substantia nigra gradually reduces overall motor command and movement. While other therapies may treat affected regions and functions independent of one another, music therapy invokes the participation of the entire motor pathway. A cerebral stroke may also damage speech, language, and verbal command centres like Broca’s or Wernicke’s area in the left hemisphere. When these faculties are left debilitated, atrophying of tongue, jaw, and throat muscles, as well as dormancy of vocal cords and larynx, are common. For music therapists, exercises pertaining to melodic synchronicity may momentarily render patients verbally unimpaired, as they are able sing, scat, or hum along despite their usual difficulty speaking. The subsequent, sudden activation of these vocal structures is caused by a Hemispheric lateralization between right and left temporal lobes, which are responsible for musical and literal verbalization respectively. Music therapy can also decelerate memory loss in Alzheimer and dementia patients by engaging the brain’s musical memory - a pathway cognitively and anatomically distinct from short and longterm memory. In evoking activity in the brain’s emotional centre, the amygdala, music enables patients to temporarily recognize emotion. Emotional affect and response involve the anteriorly-located hippocampus - a region responsible for creating and recalling event-related memories, as well as processing emotion. Processing emotion and memory in tandem implies that familiar pieces, especially those popular with the patient, can summon memories associated with the particular song. In short, music therapists can hijack these neural pathways involved in processing and reacting to musical stimuli. Within the medical model, music therapy is complementary, and assists physical recovery alongside other methods of treatment (pharmaceutical, invasive, kinesiological, etc.).

How is music therapy implemented in physical rehabilitative care?

As with all forms of rehabilitative care, music therapy focuses on restoring the patient’s ability to engage in every day activity, and return them to a state of normalcy. In contrast to other forms of recovery care, music therapy makes use of the patient’s subjectivity and individual creative input in order to facilitate empirically measurable improvements in physical health. This fluid interdisciplinary relationship accounts for the subjective experience in promoting the personal well-being of the patient and accelerating the achievement of health care goals. A music therapist concentrates on the individual’s preserved abilities and faculties. When the patient is constantly addressed in the language of biology and illness, e.g. “your low levels of x; the degradation of your y; your incapacitation to perform z”, they often feel demotivated to engage in treatment. This reductionist approach, in which the lack of one specific physical aspect is emphasized, risks omitting a degree of humanity. Because music is a language that is neither literal, nor explicitly clinical, it can address symptoms without ever explicitly drawing attention to them. The artistic, creative nature of music redirects the patient’s focus from the literal nature of regimen to a fluid medium, allowing them to experience improvements without directly confronting difficulties and inabilities.

Given the emotional toll associated with many severe conditions, symptoms of stress, anxiety, or depression are pervasive. In the current health care system, the psychological category is typically treated separately from the physical. How does music therapy approach these symptoms of emotional distress?

Music transcends these normative boundaries, as it affects both body and mind. In the same manner, neither should be viewed as necessarily separate from the other, as they physically communicate via the same modes of neurotransmission. In music therapy treatment, symptoms are not compartmentalized, but rather approached as one big clinical picture. With regard to their clinical descriptions, many terminal and chronic illnesses - though different in physical symptomatology - often share similar combinations of negative psychological effects. For the majority of patients, their physical condition rarely effects any quantifiable alteration within their psychobiology. Instead, the perceived loss of autonomy and self-determination is personal, and affects the patient’s inner well-being. In this regard, the patient often suffers most at the hands of the health care system. Due to its reactionary approach, the medical model addresses the patient exclusively in terms of their condition, while further characterizing the individual as being of reduced health. As a result, the illness may become incorporated into the patient’s identity, which can harm self-esteem and general state of mind. Music therapy is a reprieve from this dynamic. Since everyone interacts with music in one way or another, musical activity reinstates a temporary sense of normalcy and commonality. As mentioned before, music therapy is designed to draw out the ability of the patient, while affirming their individuality. By implicitly acknowledging that musical preferences are subjective, an idiographic approach is essential to music therapy - especially when facilitating artistic self-expression. Hence, the patient is granted full authority over the extent of their engagement, the nature of the session, and the creative direction, in order to donate a sense of autonomy, and further empower them as an individual.

How is music therapy practiced and regulated in Canada?

Music therapy is prescribed through a referral process. Following an assessment of the patient’s medical records, the music therapist composes a treatment plan in accordance with goals expressed by the patient. Music is used as a tool to achieve a variety of health care goals for a wide range of conditions in Canadian hospitals, clinics, and mental health facilities. Techniques include songwriting, listening, improvisation, and rhythmic activity, and are performed varyingly based on the prescribed theoretical model. During the Second World War, music therapy gained popularity in North American military hospitals, and was effective in treating symptoms of shell-shock. In Canada, the practice of music therapy has been federally regulated by the Canadian Association of Music Therapists since 1974. The organizational body determines mandates and prerequisites necessary for official recognition. Academically, the requirements to qualify as a Music Therapist Accredited involve the completion of either undergraduate or graduate degree in Music Therapy, as well as 1000 hours of clinical practice and a 5-year exam cycle to maintain credentials. In Ontario, the Psychotherapy Act of 2007 requires membership in the College of Registered Psychotherapists of Ontario when intending to practice psychodynamic music therapy. Historically, Canadian music therapy was first recorded in Beauport Asylum, Quebec in 1849.

Within health care itself, we often perceive various hierarchies pertaining to academic credentials, merit of occupation, or specificity of expertise. What is the general perception of music therapy in this hierarchy?

Music therapy is considered non-essential in the clinical setting by medical administrations, though some hospital and inpatient care teams object. Many specialists and decision makers at the top of the hierarchy may claim music therapy is dispensable. Despite accepting the empirical premise of music therapy, administrative bodies prefer pharmaceutical and other biomedical treatments. Many of these options are also often more costly to the patient but profitable to the institution.

According to your own assessment, where in the health care hierarchy do you see music therapy?

Patients receiving music therapy regard it as essential. Music therapy has the advantage of being flexible in both clinical, and even home care. Research suggests that when music therapy is included in treatment, goals are achieved faster. Music therapy should be part of every interdisciplinary health care team involved in the development of a treatment plan. The practice values collaboration between diverse health care professionals, as a broader range of symptoms are addressed. Therefore, music therapy should not take precedence over any other forms of treatment, but should be valued as necessary in general health care. In summation, the practice of music therapy offers an interdisciplinary approach in treating a variety of conditions. Contrary to current biomedical, evidence-based inquiry, music therapy draws from a breadth of methods, and does not discount the subjectivity of the music as a limitation, and instead uses this aspect to its advantage. As for the institution of medicine, it seems as though profit is more relevant than progress, which is the ultimate contributor to the invisibility of music therapy. Music therapy is a regulated medical profession in Canada, which further validates its efficacy as a treatment, apart from the vast quantitative and qualitative scientific research. Furthermore, the fluidity of music, as impacting both physiology and psychology, allows music therapy to address a variety of symptoms simultaneously.