the Impact of Music Therapy on Mental Illness 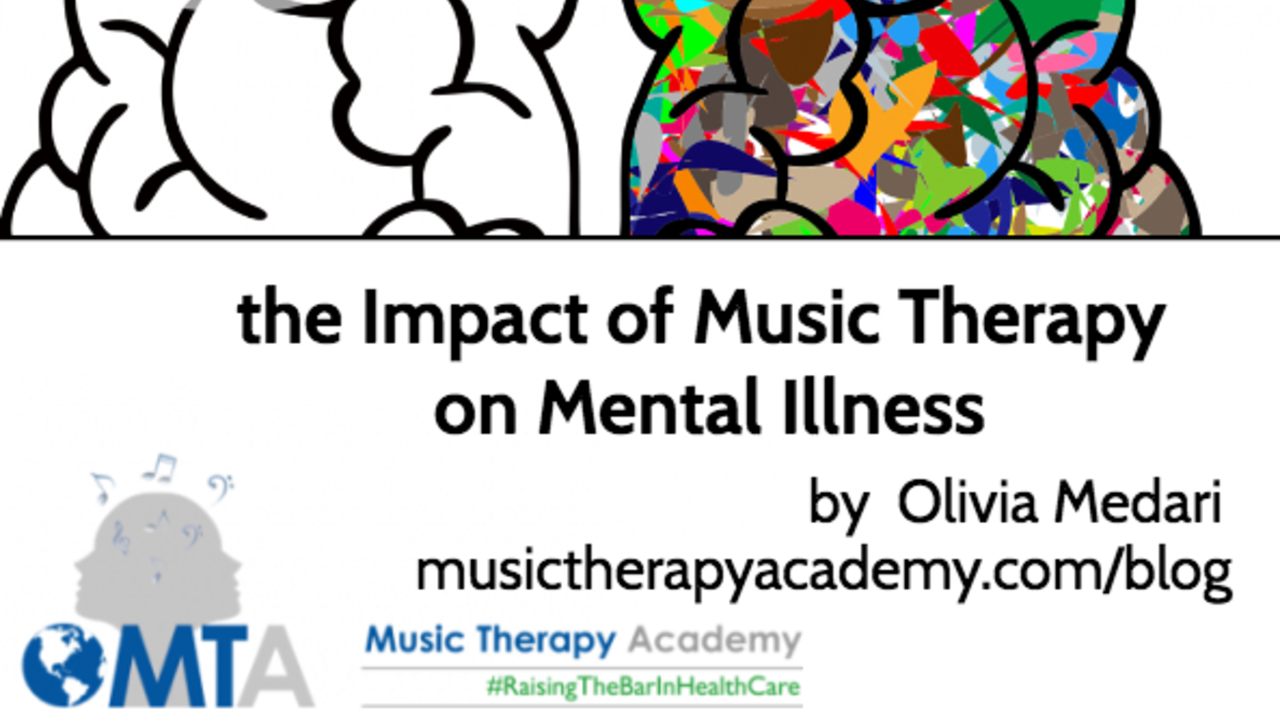 When thinking of mental illness, we often think of words such as stress, anxiety, or depression. We also live in a society that has also put a stigma on mental illness. When starting research on mental illness my findings suggested that the process to guard mental health is so ambiguous. In medicine, people treat mental illness with pharmaceuticals. For example, if a person has depression, the treatment procedure would be prescribing anti-depressants such as amitriptyline, amoxapine, or clomipramine. However, in a rehabilitation environment, different forms of therapy would be applicable to treat patients who have a mental illness. Some forms include art therapy, complementary therapies (yoga/meditation), verbal therapy, and more. Music therapy is also an emerging therapy for mental health. Music therapy is differentiated from music in medicine. Music in medicine may be for recreational use (ex. Singing carols for Christmas to patients), but music therapy is the sole use of music to meet the therapeutic needs of a patient. According to a paper regarding music therapy for patients with schizophrenia, a randomized trial was done on 115 patients who attended at least 4 sessions and showed an increasing trend in a standardized mental health test scores among the patients who went to the music therapy sessions (Talwar, 2006). Music Therapy is a therapeutic outlet for anyone to “let loose”. When compared to other forms of therapy, such as verbal or complementary (yoga/meditation), music therapy is an indirect form of release. Music therapy acts on the belief that a person can release (stress, anxiety, depression), in form of another language known as music, and there is no direct communication of feelings through verbal language as music. This allows the subject to feel less vulnerable and more in control of what they are releasing/feeling and what they are not. Although a music therapist is leading the session, they do not in any way interfere with the subject’s train of thought, thus inflicting a more self-independent course of treatment. Although this is a great process for the treatment of mental health illnesses, the number of articles/reports show otherwise. The exposure to music therapy as a means of treatment is considerably low and needs to be increased significantly. Research suggests that there are more literature reviews in comparison to actual experimental reports, and the experimental reports shy away from the standard outline of a scientific report by having an article/storytelling based approach. The publicity of Music Therapy used in medicine as a course of treatment is “taboo” and holds a stigma in the health care field, as well as in a patient’s mindset. Evidence of this is shown when a person voices the concerns of their mental health to their family physician. The physician’s reflex is to automatically refer the patient to some type of therapist who is usually a verbal therapist. As shown in the paper “music therapy can facilitate exploration of feelings and interpersonal relationships in different ways than when only verbal methods are used” (Goldberg, 1988).

Overall, it may be said that Music Therapy is not receiving adequate recognition that it deserves in the healthcare community. Music Therapy is an excellent method of treatment and may even excel in any other form of therapy if given the chance. Exposure to music therapy in the form of a greater number of scientific experimental reports may increase the accuracy of results and allow for a solid evidence base, thus proving its therapeutic benefits to the health care industry as well as patients.